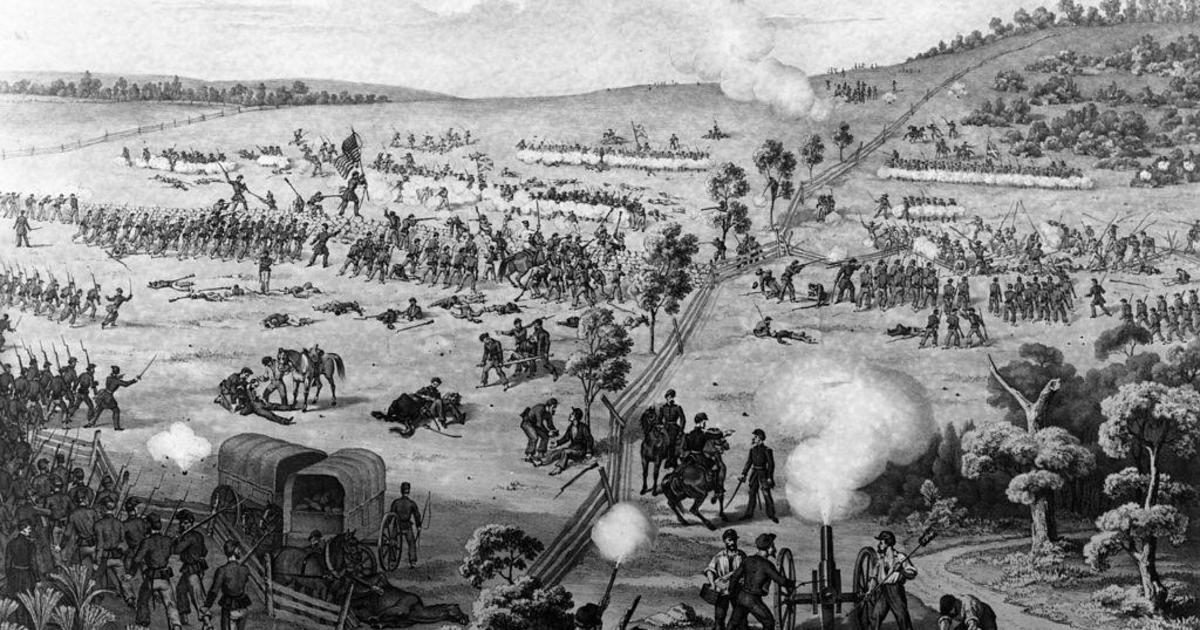 BALTIMORE – New signage is to be installed around South Mountain, site of an 1862 Civil War battle and precursor to the bloodiest single-day conflict of the war at Antietam.

A new logo that will appear on roadside wayfinding signs will be unveiled tomorrow at Shafer Farm in Burkittsville, on the 160th anniversary of the Battle of South Mountain. Frederick County Executive Jan Gardner is among the elected officials expected to speak at the event hosted by the organization Preservation Maryland.

After the unveiling, there will be a short program of Civil War music with a drumming demonstration.

The new logo and signage, supported by the National Park Service’s US Battlegrounds Protection Program, is designed to better explain the conflict and connect the sites where the fighting took place. New signs were installed through a partnership between Preservation Maryland and the State Highway Administration.

About 46,000 Union and Confederate forces were engaged in the fight on the Frederick and Washington counties border, with about 5,010 casualties, according to the American Battlefield Trusta non-profit preservation group.

But because the clash occurred in three separate intervals, the Battle of South Mountain is often overshadowed by Antietam, which began three days later, Preservation Maryland said.

Over the years, conservation of the site has fallen into the hands of a patchwork of local, state and federal agencies, the organization said.

A report administered by Preservation Maryland and funded by the National Park Service purposeful signage with a unified brand image would help tourism organizations develop programs about the battle.

After a victory in the summer of 1862 at the Second Battle of Bull Run, Confederate General Robert E. Lee was determined to move the conflict north, according to an American Battlefield Trust article, and his army crossed the river Potomac. from Virginia to Maryland on September 4.

Union Major General George B. McClellan intercepted a copy of Lee’s order and moved his troops to the Southern Mountain Range.

On September 14, the armies fought at three mountain passes: Crampton’s, Turner’s, and Fox’s Gap. The Confederates still held two positions at the end of the battle, but seeing that his forces were outnumbered, Lee ordered a withdrawal.

After gathering his forces, Lee decided to continue his push into Maryland and ordered his troops to an area near Sharpsburg, Maryland, about eight miles from the Southern Mountain Range.

There, on September 17, Lee and McClellan met again, this time with forces totaling 132,000 men. More than 22,000 soldiers were killed or injured in the fighting.