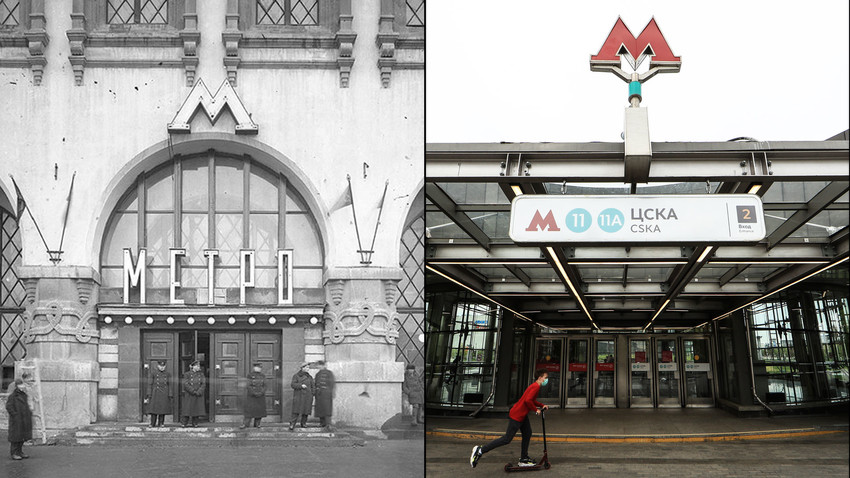 Large “Metro” signs illuminated with a bright red “M” with colored rings. The symbol of Moscow’s main form of transportation has changed much more in 86 years than you might think.

“Metro logo design contest. For the best candidates <...> the following five prizes will be awarded:

So read an ad in a newspaper in 1934, which marks the beginning of the logo’s history. At that time, for comparison, a university professor received about 4,000 rubles a year.

Construction of the metro system itself was well advanced, but it lacked a defining symbol. Thus, the project management announced a national competition open to all citizens. But the results have been disappointing. There were only 97 submissions and all of them were rejected (the prizes of 1000 and 500 rubles were always awarded in order not to offend anyone).

Ultimately, the task was given to professional architects. The designer of the Moscow Metro logo is considered to be the architect Ivan Taranov, who together with his wife Nadezhda Bykova created a symbol for the very first station of the new transport system, Sokolniki.

A large letter “M” duly appeared above this station and subsequent stations, as well as a bulky “Metro” sign. All design elements were three-dimensional with electric lighting at night.

Later, the “Metro” signs were removed so as not to distract from the architecture of the station halls, leaving only a single-letter “M” symbol, which Muscovites quickly got used to, Andrey Komarov and Mikhail Shulga, experts in the history of the Moscow metro, explains. 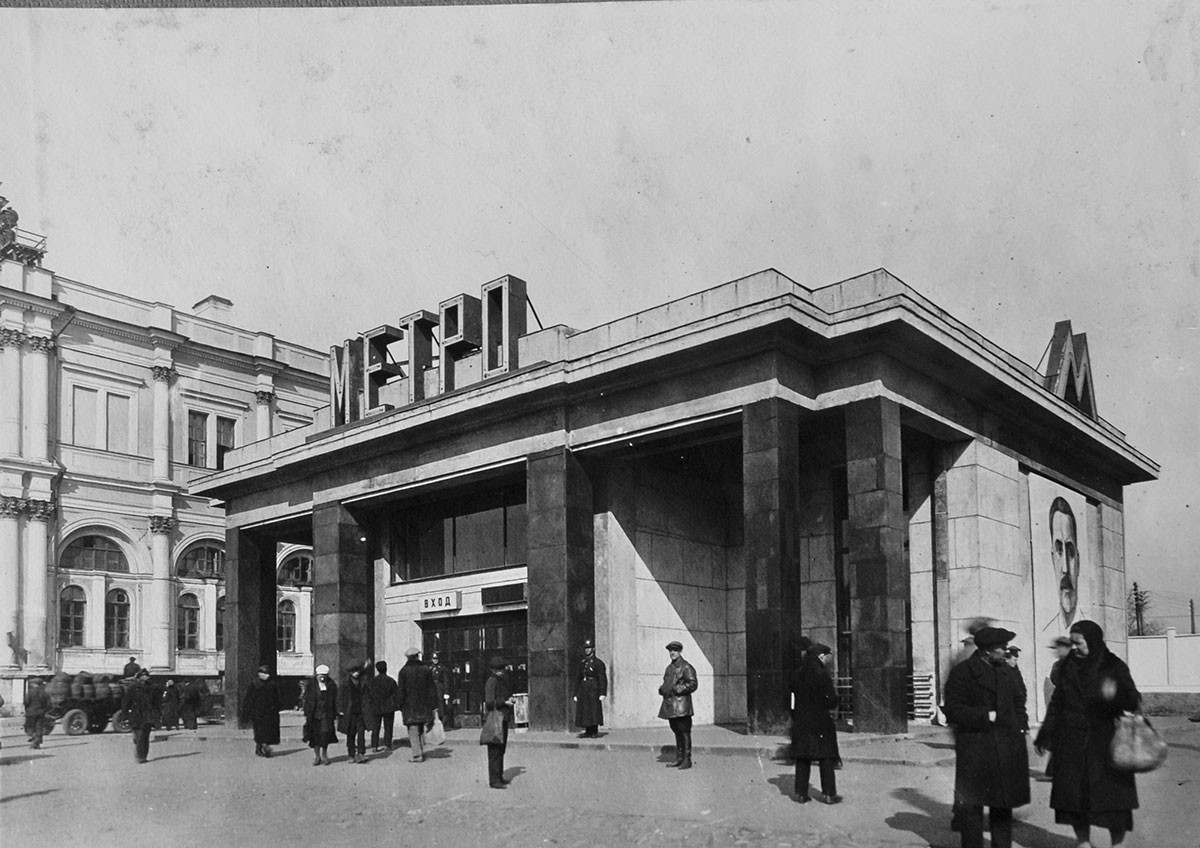 From 1943, all stations carried only the famous “M”, although there was no specific standard at the time; the symbol at station entrances differed from the printed version that appeared, for example, in newspapers and on employee ID cards and tickets. 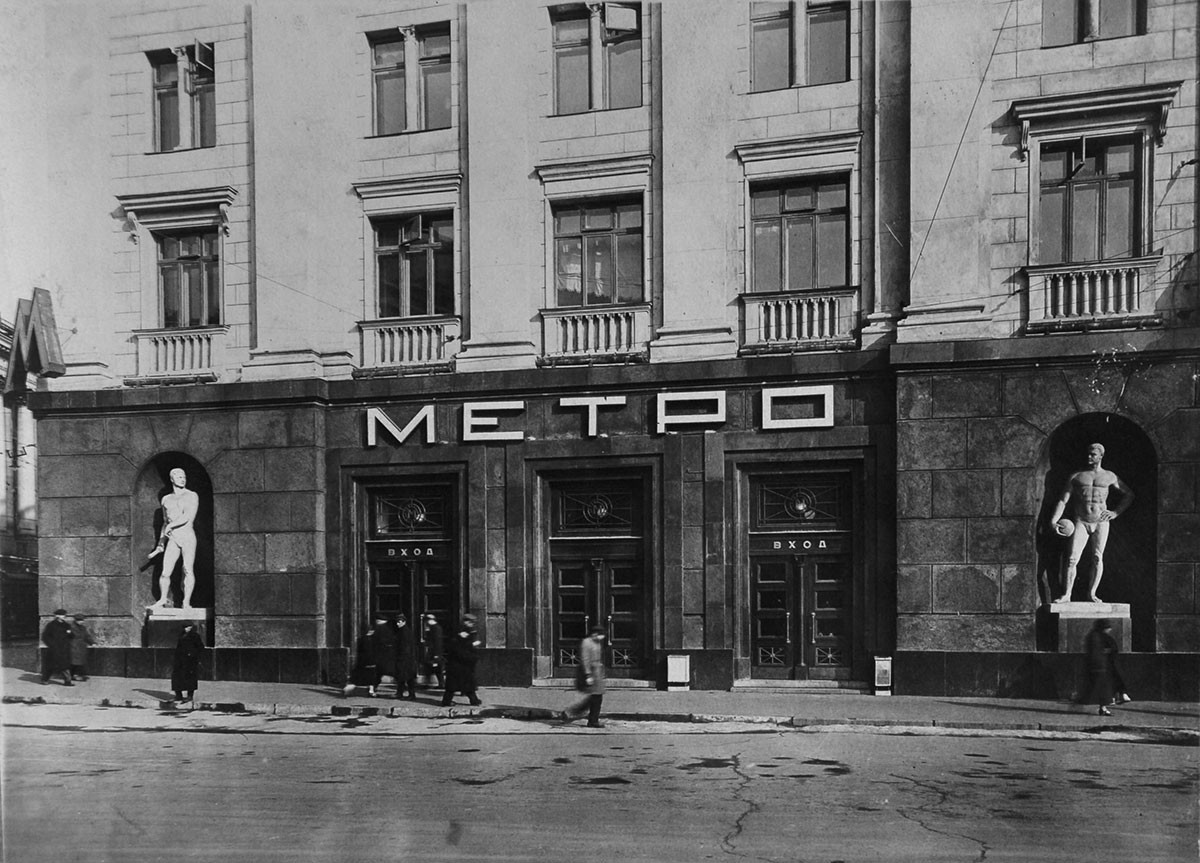 In 1950, when the Circle Line opened, the first standardized logo appeared in new station halls: the letter “M” with gray serifs and a bright red neon tube illuminated at night. 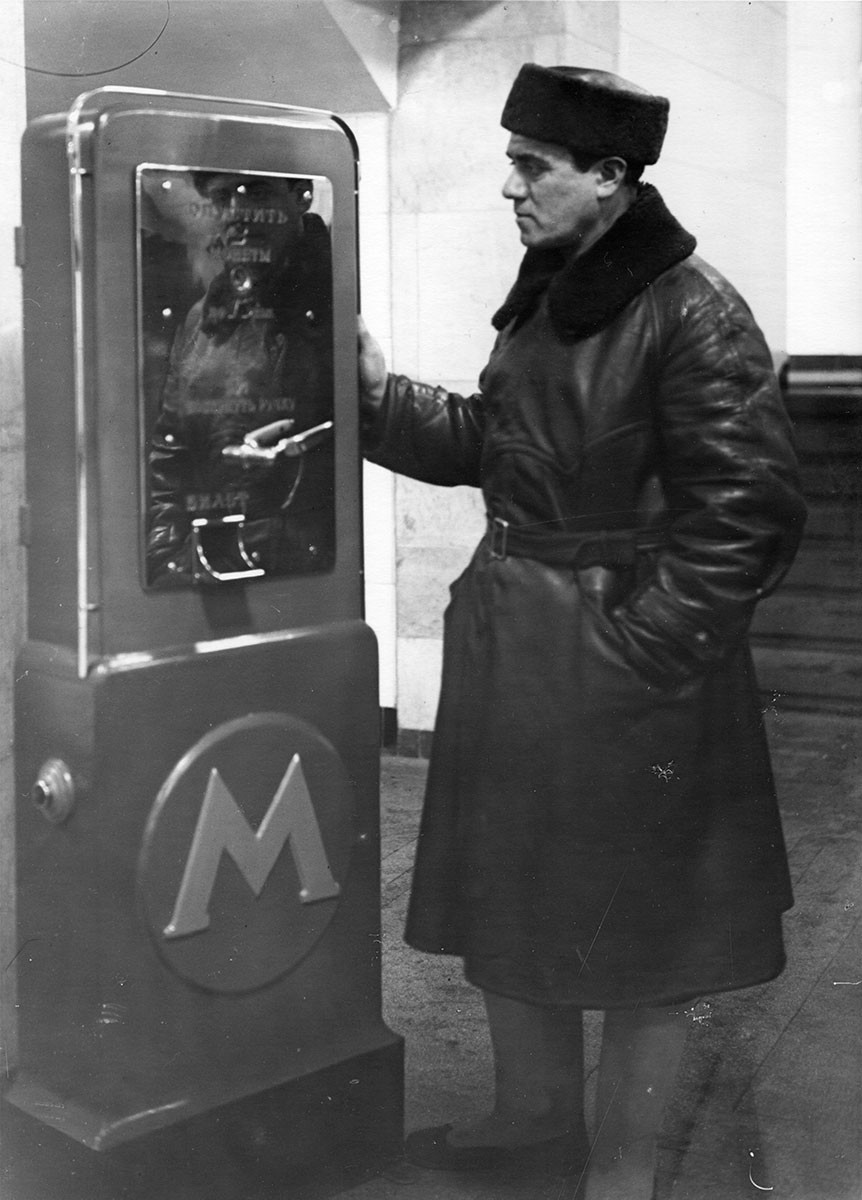 In 1967, the architectural institute “Metrogiprotrans” developed a new signaling system. The “M” symbol was now supposed to be the same on all maps and tickets, as well as at station entrances and halls. However, the plan was only partially implemented and it was not possible to harmonize everything. The symbol itself has also been modified with a black circle around the “M”, which was changed in the 1980s to the symbolic blue colored outline of a tunnel. 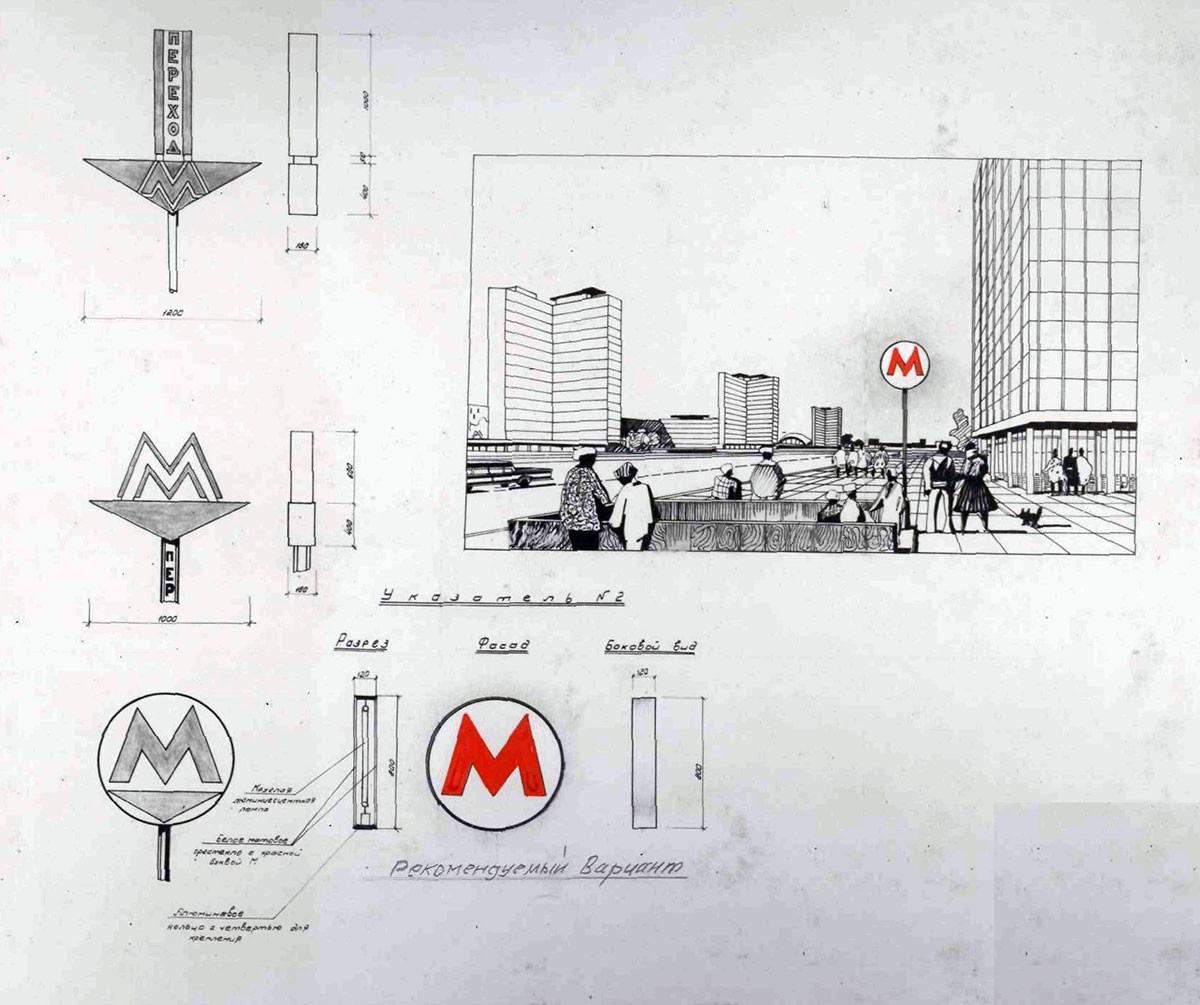 After the collapse of the USSR in the 1990s, a sans-serif outline of the letter was used for entrance signs, and in 1996 the letter “M” was edged in some sort of red garland. 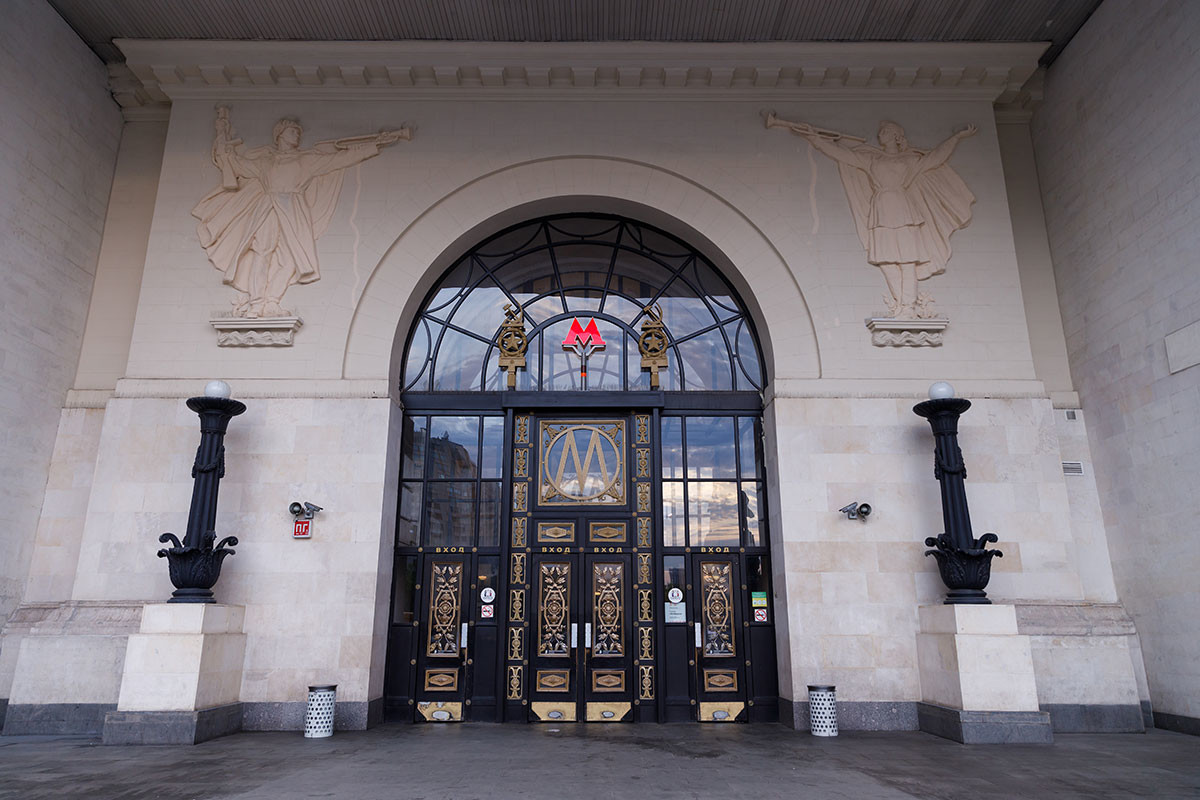 Again, there were no standards and each designer was free to represent the symbol on subway-related prints as they saw fit. 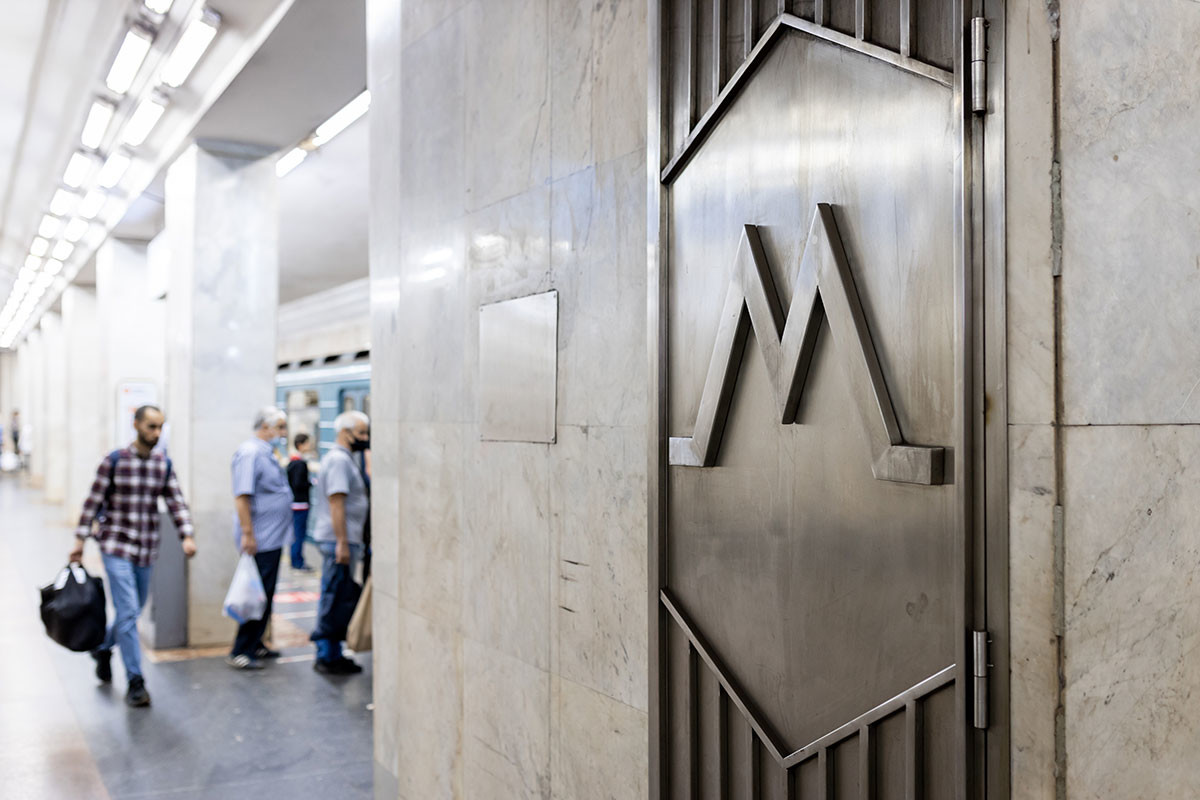 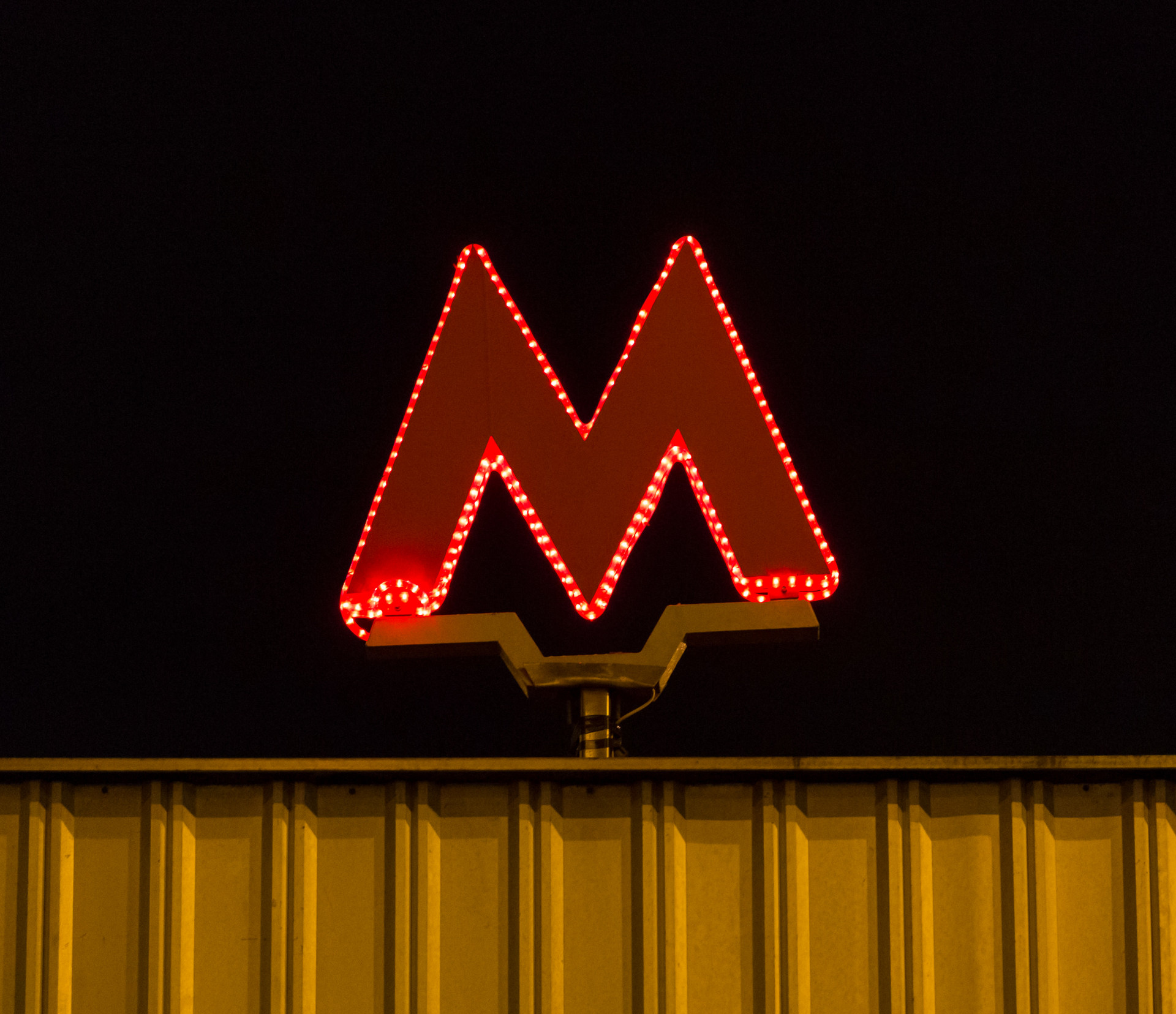 A single format for all symbols only appeared in 2014, developed by the ‘Art. Lebedev Studio ‘.

The logo changed to a large “M” with serifs, no background and no border. 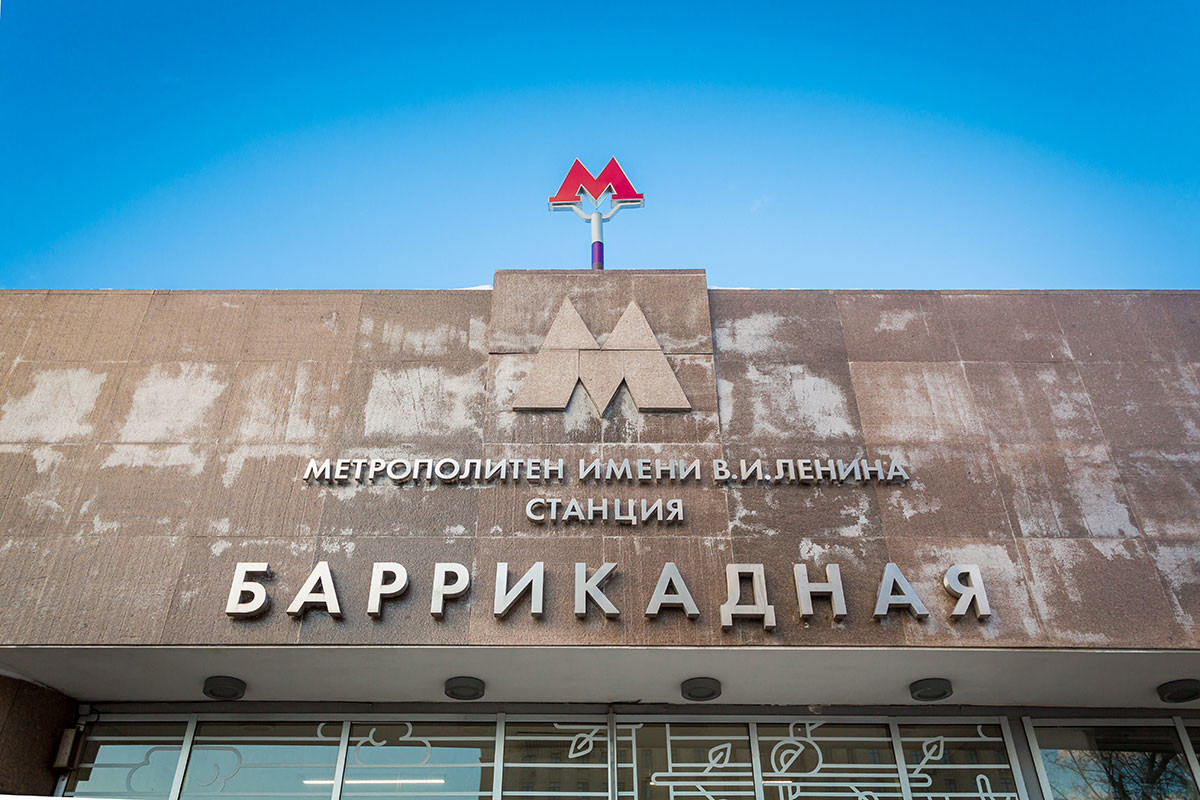 Lebedev also created a larger version of the letter with neon tubes, but it was not used anywhere. 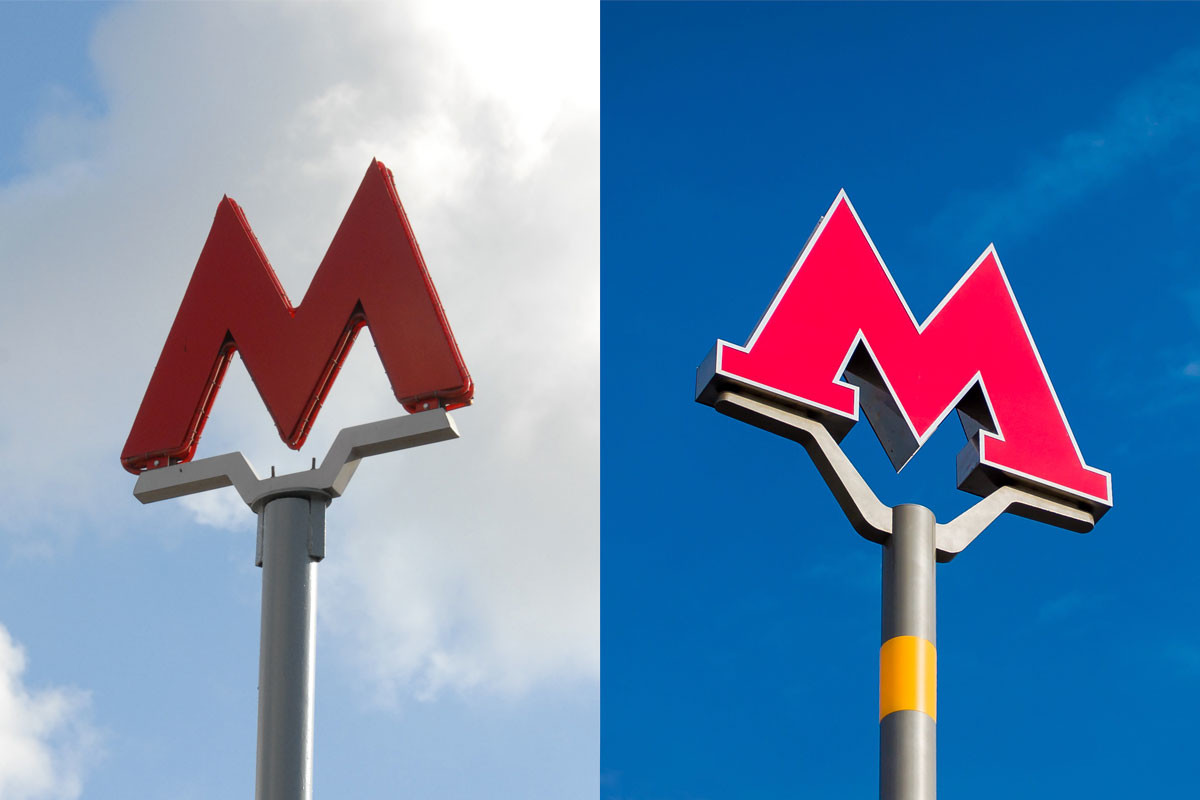 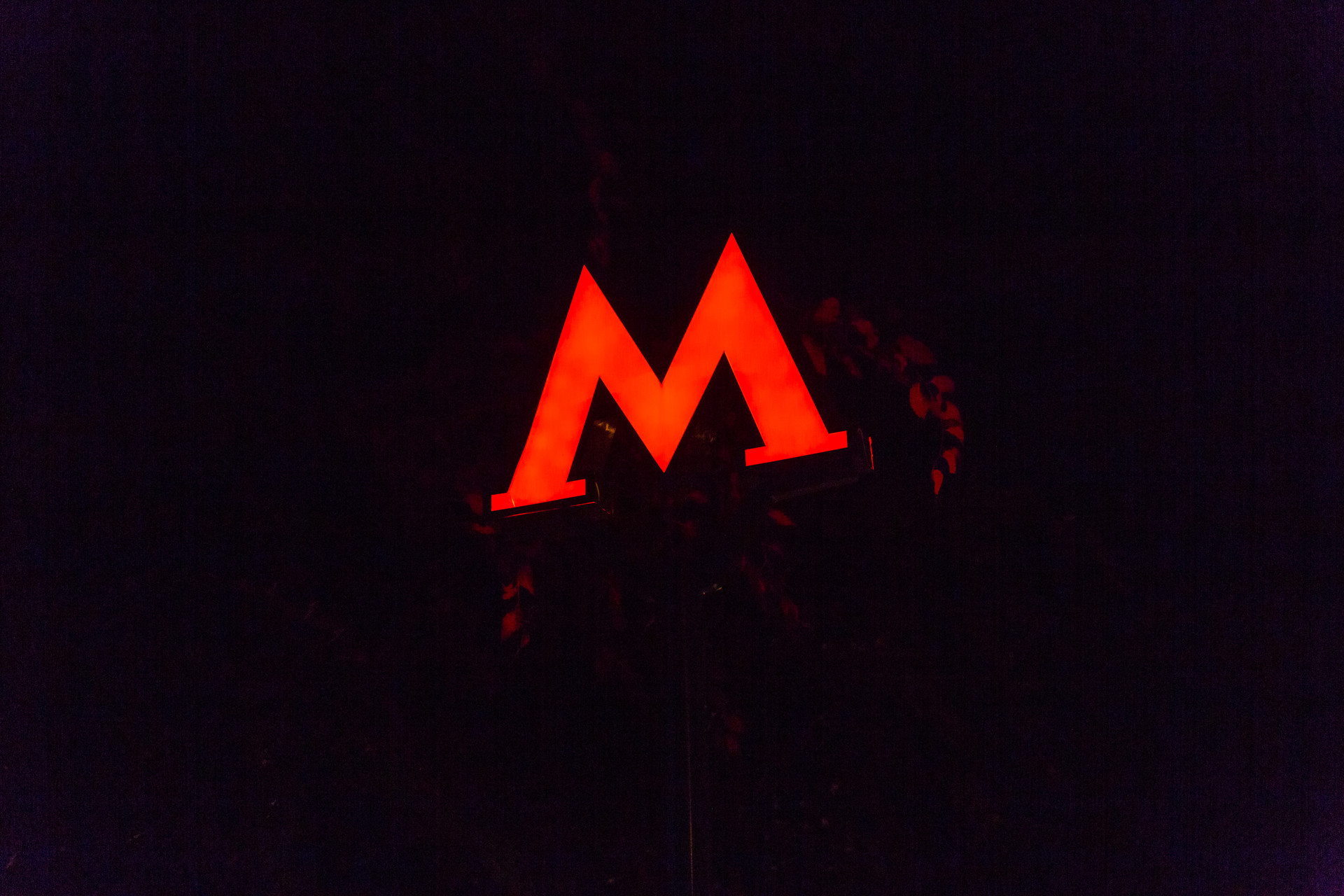 Finally, in 2016, the logo was placed inside a red track-shaped loop, part of the “Moscow Transport” brand image.

If you use all or part of the content from Russia Beyond, always provide an active hyperlink to the original content.