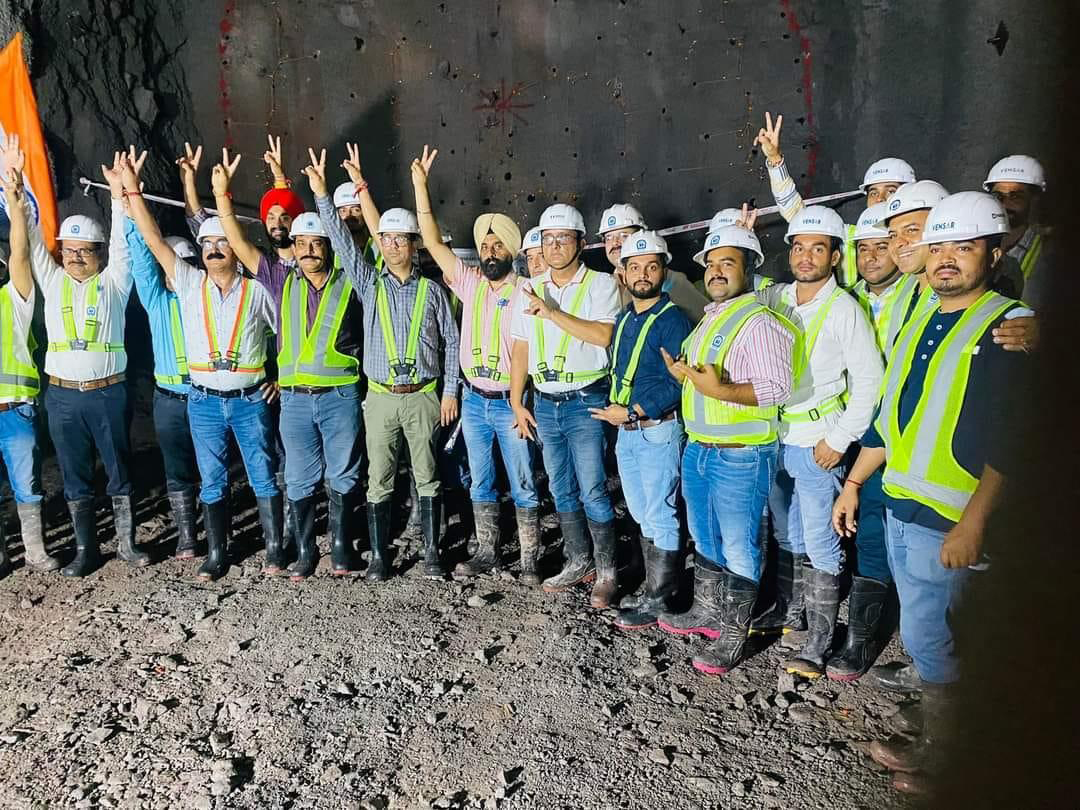 Jammu, August 30: The 9.8 km tunnel connecting two stations on the under construction 111 km Banihal-Katra rail link in Jammu and Kashmir has been completed, officials said.
It is part of the Udhampur-Srinagar-Baramulla Railway Line (USBRL) project. It is the third tunnel after the 12.6 km T-49B tunnel, the longest tunnel in Indian Railways, which was completed in January this year.
On August 14, the world’s tallest railway bridge over the Chenab River in the Kouri region of Reasi district achieved a milestone when the bridge’s upper deck was completed with a golden seal.
The breakthrough was executed by performing an explosion and with it, work on the T-13 escape tunnel was launched, officials engaged in the work said.
“We have successfully completed the construction works of the tunnel between Dugga and Sawlakote stations in the Katra-Banihal section of the Udhampur Srinagar Baramulla Rail Link (USBRL),” an official said on Monday.
Officials said USBRL is a national project and Indian Railways is committed to completing it on time.
“Today we completed the 9.8 km long tunnel that connects two stations on either side,” the official said.
Dugga station at its Jammu end has been linked to Basindadar (Sawalkote) station towards the Srinagar end by the completion of this tunnel, the officials said.
“Two of the seven railway stations located in the Katra-Banihal section of this railway project have been connected by this tunnel,” they said, adding that work on the tunnel started in 2018.
On the 272 km USBRL project, work on 161 km was commissioned in phases. The first phase of the 118 km Qazigund-Baramulla section was commissioned in October 2009, followed by the 18 km Banihal-Qazigund in June 2013 and the 25 km Udhampur-Katra in July 2014.
The 111 km Katra-Banihal section under construction has a total of 37 bridges and 35 tunnels. (Agencies)

Vote for the best brand change of the decade