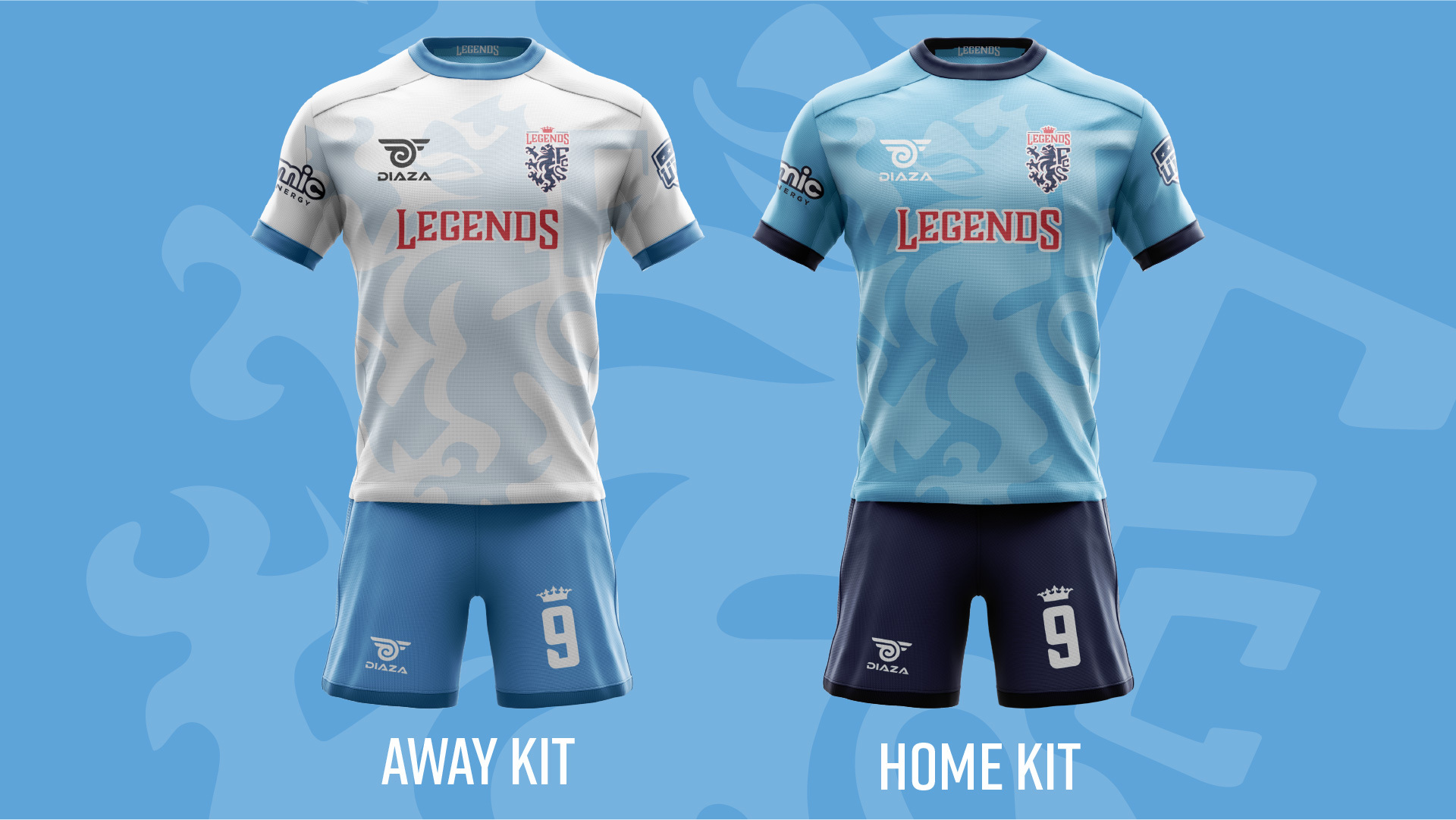 “Now it’s real,” said club founder John Fuller. “The kits are designed, the logo is designed and finalized and looks amazing and stays true to the name. I think that’s something this city and this community can be proud of.

It was another milestone for the team with trials just over a month away and weeks away from the official announcement of the club’s founding.

Legends FC will bring blue and white jerseys with a touch of worked red. The crest is that of a griffin.

“That’s what Andy (Fritchley) came up with because we’re Legends FC so we needed something legendary,” Fuller said.

Some parts of the logo have different meanings. The talons represent a sharp attack, the lion represents powerful defense and superior strength while the eagle represents a watchful eye on the pitch. A crown rests on the main crest and will also be used as a secondary logo. The crown represents the griffin being the king of creatures.

The next step is the tryouts which are scheduled for November 11 and 12.

“We’re super excited,” Fuller said. “We told everyone about the team a few weeks ago, and we were waiting for this brand to be revealed.”

From alleged ANC subversion to a broken pylon: How the FNB’s acacia logo annoyed SA