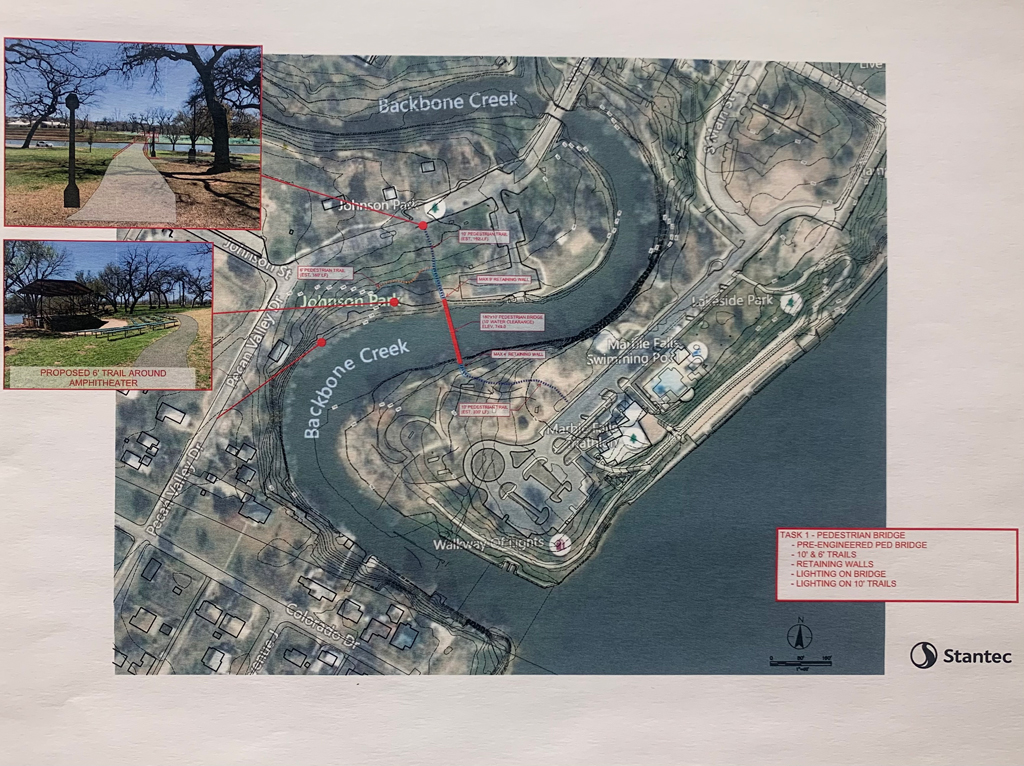 At a meeting on Wednesday, April 6, EDC directors approved entering into a professional services agreement with Stantec for design services related to the construction of a pedestrian bridge connecting Johnson and Lakeside parks.

Stantec is the same engineering services company that is working with EDC to complete work on Lakeside Park Phase 1B, which includes upgrades to the old powerhouse structure on Marble Falls Lake, a connecting boardwalk and an extension of the footpath. The bridge is part of Phase 1C of the city’s parks development plan.

The $194,000 agreement will cover costs associated with schematic designs, a design development package, construction documents and other necessary documents related to the design and engineering of the pedestrian bridge, as well as to a proposed 6-foot-wide paved trail that will loop around the park’s Johnson Amphitheater.

During the meeting, manager John Packer raised concerns about the costs of the deal, which are $94,000 more than expected.

“My simplistic way of looking at it was that (these designs should cover) 10% of construction costs,” he said. “We didn’t think we were going to build a $2 million bridge.”

The proposed bridge, which will cross Backbone Creek, was budgeted at $1.5 million out of an $8 million sales tax revenue bond that EDC issued last year.

Ultimately, however, the board voted to go through with the deal, with the stipulation that Fletcher discuss the members’ budget concerns with Stantec representatives to see if cutting costs is an option. .

The ins and outs of sponsoring an event without a logo

PM Modi to visit Lumbini on Monday; India draws on a shared heritage with Nepal

What other LEGO Transformers sets would we like to see