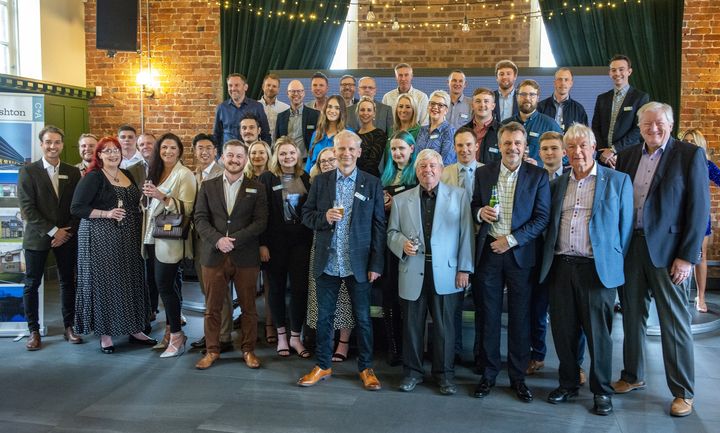 The firm is one of the oldest surveying firms in the North West and employs 50 people in offices in Preston, Chester, Mold and London.

The company welcomed over 150 people to its official anniversary held in Preston.

Practice is 60e the anniversary was actually in 2020, but he was unable to honor the event in person due to lockdown restrictions, so the belated anniversary was dubbed the Cassidy + Ashton ’60+ event 2′.

The practice originated in 1960 when Gerald Cassidy left his role as an architect and town planner in the planning department of Lancashire County Council to go into private practice on his own.

Due to increased demand, he asked local architect David Bennett to join him, and later architect Bernard Ashton, to create Cassidy + Ashton.

Guests at the event were treated to an informative and inspiring ‘Through the Decades’ presentation by Cassidy + Ashton Director Alban Cassidy (son of Gerald) and Chairman Alistair Baines who spoke passionately about course of practice since 1960.

One of Cassidy + Ashton’s first projects was the design of St Teresa’s School in Penwortham, Preston, in 1961 on behalf of the Archdiocese of Liverpool.

The firm also designed Lancaster University’s Chaplaincy Center in 1969, which inspired the design of the university’s logo, and won three categories at the 2019 RIBA Awards, and an award from the Royal Town Planning Institute ( RTPI), for its work on the refurbishment of the iconic Grade II listed Preston Coach Station.

Speaking of the anniversary, Alistair Baines, Chairman, said: “It was a hugely moving and positive evening and it was wonderful to bring the current team and former partners together with our customers and business partners to celebrate.

“While compiling the presentation, she reaffirmed everything we have achieved as a company and the impact we have had on people. That pretty much sums up our ethos at Cassidy + Ashton.

“Since day one, we have looked beyond buildings to work with our customers to make a real difference in communities and lives.

“I had so many positive comments from guests and team members, who also remarked that they felt like they belonged to something special.

“The event is not just about looking back, but also looking to the future. We have a group of extremely talented people, loyal customers, trusted partners and a commitment to making a difference. is a solid foundation for the next 60 years.

Alban Cassidy said: “The 60e event made me extremely proud. Proud that what my dad started was still a vibrant business 60 years later.

“Proud that the ethos and culture he applied in the beginning is still apparent today and proud to have been able to be part of the Cassidy + Ashton story, which I hope will last another 60 years and more.”

Read more: See the latest news and headlines from Preston

What exactly are backlinks and how do they relate to SEO?

Airport Logo, Website Project Raises Questions About Advisory Board | Letters to the Editor