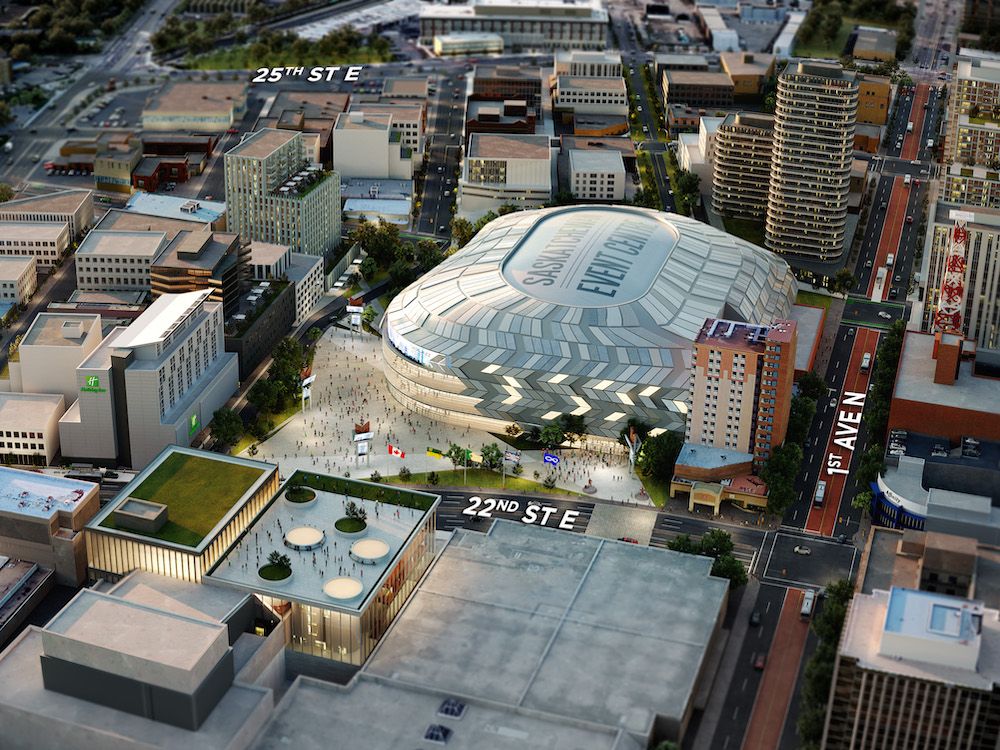 The Saskatoon City Council followed the advice of city planners in choosing a location for an arena downtown.

If construction continues, it will be located on the site of what is now a parking lot north of the Midtown Plaza mall. It has been the favored location of the municipal administration since the announcement of the potential sites this summer.

We deliver the local news you need in these turbulent times on weekdays at 3 p.m.

Thank you for your registration!

A welcome email is on its way. If you don’t see it, please check your spam folder.

The next issue of Saskatoon StarPhoenix Afternoon Headlines will soon be in your inbox.

We encountered a problem during your registration. Try Again

Councilors were asked to choose between the Midtown lot, known as Site A, and Site B – lands on the northern edge of downtown currently occupied by city courts. They voted unanimously in favor of the A. Coun site. Darren Hill was not present for the vote.

“What I’m not deciding today is whether this project is viable,” noted the adviser. Hilary Gough, noting that she supported Site A, but did not feel obligated to vote for the district in the future.

City technical services manager Dan Willems told council that Wednesday’s decision “opens the door” to more detailed funding and design proposals before a final council vote on whether to proceed with a project. .

He said city staff expect to have a detailed fundraising program in front of councilors by this time next year.

Council previously instructed city staff to pursue the downtown district with minimal impact on property taxes. Administrative staff suggested options such as special levies, taxes on rental cars and hotel stays, and borrowing from expected tax revenue from the development.

On Wednesday, several councilors repeated that they would not support any increase in property tax for the project.

Bill Logar, speaking on behalf of the Midtown Plaza property, said choosing Site A would prompt the mall to do more with the underground connections linking the mall to the future site of the arena, TCU Place and the parking lot of the other side of the mall in Toys r us.

Mayor Charlie Clark asked Logar what he thought of the potential parking and traffic issues. Logar said experience running malls across Canada has shown that downtown entertainment facilities tend to cause less traffic disruption than expected and that many customers quickly adopt public transit. public or other modes of transport.

Cary Tarasoff, a former mayoral candidate, was the only one of 10 speakers to voice doubts about the proposed project. He suggested the city’s consultation process on site selection was flawed and failed to give a voice to people who don’t want a new project to proceed.

Discussion of a downtown arena began in 2018, with a consultant’s report commissioned by the Boards of Directors of TCU Place and the SaskTel Center advising that both facilities are approaching the end of their useful life. Later that year, the council voted to have city staff focus on downtown to host an events and entertainment district anchored by a new arena and convention center.

The city has since added the prospect of a substantial renovation of TCU Place, rather than a replacement. One of the factors officials cited at the board in pushing for Site A was its proximity to TCU Place.

The board also voted unanimously to approve the purchase of Site A land for $25 million. The money will come from the city’s real estate reserve, which is funded by the sale of municipal land, not property taxes. The funds should then be returned to the reserve fund once funding for the project has been secured. City planners, city councilors and Mayor Charlie Clark have all said throughout the process that the project will require provincial and federal funding to move forward.

Willems said city staff expects to return to the board next month with an additional $17 million in land purchases adjacent to the site in support of the project.

News seems to be flying towards us faster all the time. From COVID-19 updates to politics and crime and everything in between, it can be hard to keep up. With this in mind, the Saskatoon StarPhoenix has created a Afternoon titles newsletter that can be sent to your inbox daily to ensure you are up to date with the most vital news of the day. Click here to subscribe.

MP CM Sisodia’s PA home in Delhi raided by ED, he links it to the election