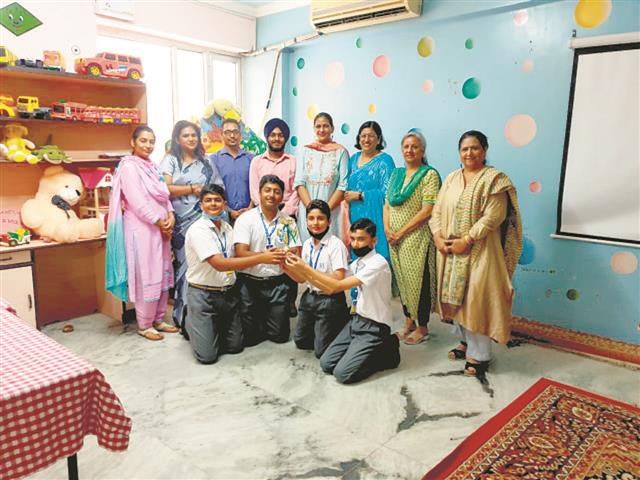 An Inter-School Computer Carnival Technothon-2022 was held at St Soldier International Convent School, Mohali. It is a platform that provides young tricity talents with a platform to showcase their inherent talent in the field of technology. An inter-school Technothon was organized on school grounds. Event Coordinator Shilpa Bindlish and a team of entertainers organized many competitions during this prestigious event. The students of classes III-IV took part in a logo design contest in MS Paint on the theme “75 years of independence”. The pupils of class V-VI took part in the competition to create posters in MS Word 2010 on the theme “An appeal against social evils”. Similarly, the students of classes VII-VIII showed their techno creativity by participating in designing the presentation in MS PowerPoint-2010 on the theme “Unexplored Tourist Destinations of India”. The pupils of class IX -X participated in the production of a video in mp4 format on the theme ‘Contribution of the unsung heroes’. The pupils of classes XI-XII participated in the writing of a blog on the theme “Kal, Aaj Aur Kal”. Various reputable schools of tricity became a part of the event. Participants demonstrated creativity in the field of technology and landed meritorious positions. Principal Anjali Sharma and the entire St Soldier fraternity extended their heartfelt congratulations to the winners.

Use proven tools to fight COVID-19