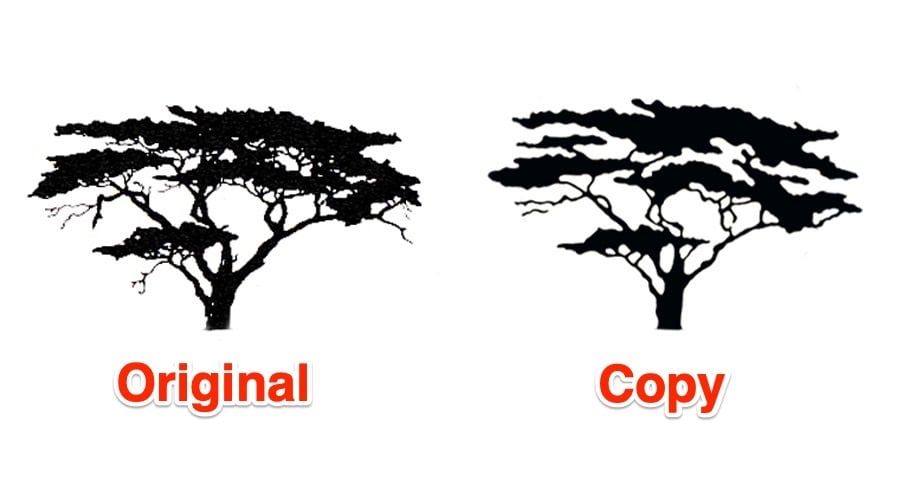 The hand-drawn acacia logo has remained a central part of the brand’s identity for over three decades. It was once again catapulted into the spotlight with its most spectacular refresh since its inception.

The rebranding from Barclays to First National Bank in South Africa cost millions – and focused on the symbolic acacia, believed to be an original hand-drawn logo by Siegel + Gale.

The FNB, and even its CEO at the time, repeatedly denied the presence of symbols in branches. But comparing the original work and the plagiarized version reveals a significant difference – the clarification of the branches, apparently to more clearly define a map of Africa.

See also | ANC ‘funny’ in first FNB logo may have been a plot – but not ours, says then-CEO

Chris Ball, FNB’s first CEO who oversaw the rebranding, said he chose to outsource the logo design to major international firm Siegel+Gale because of their “global expertise and experience”.

The logo immediately sparked controversy after the FNB made it public, thanks to claims of pro-ANC symbols and a map of Africa hidden in the branches.

But an additional revelation, which hasn’t garnered as much attention, is that the global design firm has released original illustrations from a book by local botanist Jo Onderstall, titled Transvaal Lowveld and Escarpment including Kruger National Park .

Onderstall was a prolific botanist who led and later chaired the Lowveld branch of the Botanical Society of South Africa. She has an extensive heritage of plant documentation from the Lowveld region of South Africa and included the acacia in her book as a small illustration alongside a description of the species.

Ball, who approved the final acacia logo presented by Siegel+Gale, said the bank only learned that the American design firm had taken the artwork without permission when it received “a very harsh letter”. from the original artist who saw the logo. in public.

“She was annoyed that we had used a drawing of an acacia made by her many years before in a botanical study that was published, and [asked] why didn’t we get his permission before using the design,” says Ball. 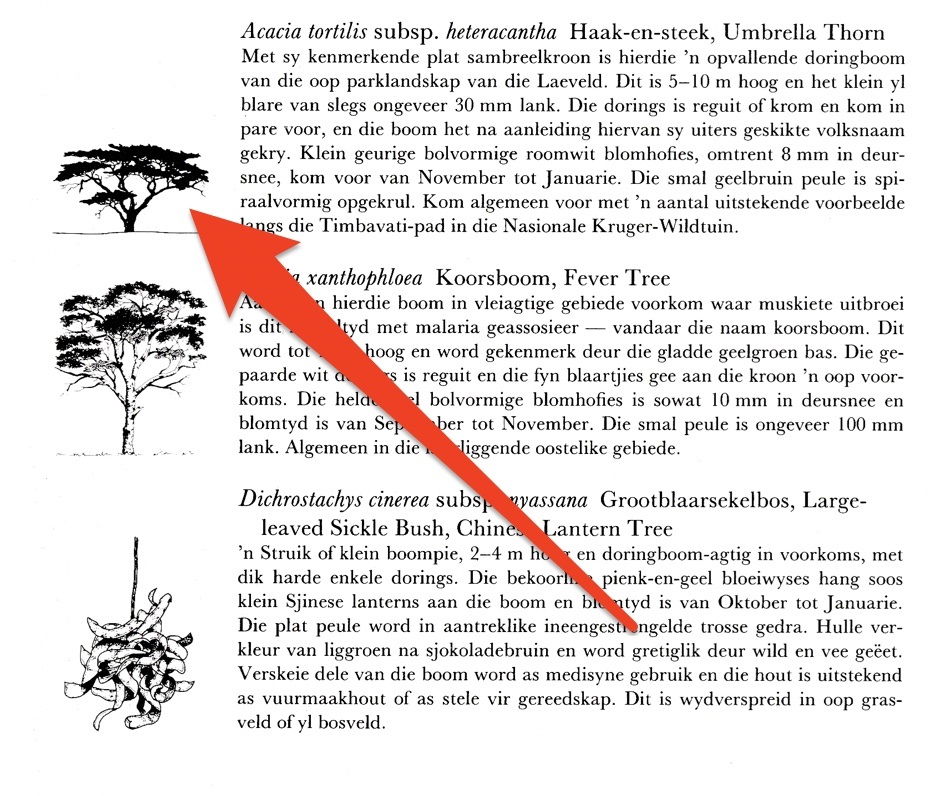 The original acacia as it appears in the Transvaal Lowveld and Escarpment, including Kruger National Park. Photo: Braam van Wyk.

A delegation from the FNB visited the library of the National Botanic Garden, Pretoria, where they saw the original drawing of the botanical book officially attributed to the artist. They agreed that it was the same design as the tree in the center of their logo and then offered him “a reasonable gratuity as a token of goodwill”.

“The amount we paid the lady was not a substantial amount because we weren’t trying to pretend we were buying the copyrights,” Ball told Business Insider.

Nonetheless, the logo remained central to a successful rebranding campaign that cost millions. After approving the logo, FNB reportedly spent R45 million to further promote its new identity in local media – and it remained a core part of their identity for over three decades.

The original artwork on the left, next to the copied version that featured in the FNB logo.

Although Ball acknowledged that Siegel + Gale removed the logo artwork from a local book, he said the bank chose not to hold the company accountable.

“We had no problem with the consultants going to the botanical library to look for specific artwork. I think we were grateful for them doing their homework,” he says.

Regarding the plagiarism allegations, Ball says “it was a piece of botanical work that wasn’t new. It had been around for a long time.”

However, the first edition of the book was published in 1984 – just two years before Seigel+Gale presented the work as their own. And Business Insider confirmed that the book’s print page credits Jo Onderstall as the text’s copyright holder.

Although the two works are almost identical, examining them side by side reveals a key difference: the map of Africa is clearer in the version submitted and approved by the FNB. Outline highlighting changes to the “Map of Africa” ​​hidden in the branches of the acacia tree.

The bank denied inserting images in branches for many years – until it later admitted the map of Africa into its branding guidelines.

In his book The Rabbit in the Thorny Tree, curator of urban legends Arthur Goldstuck said the existence of the symbols was coincidental and classified any slander around it as an urban legend. Goldstuck says “the final nail in the coffin for this story” came when Ball confirmed to her that the artwork was from a local artist, who had assured her that she had not inserted any symbols into the tree.

A close friend of the author confirmed to Business Insider that Onderstall didn’t draw any symbols in his tree. But what Goldstuck and Ball failed to consider is that it may not have been the original illustrator who inserted the symbols into the tree – but rather the American designers who copied his design. original. The differences in the Africa logo before and after Siegel+Gale copied the work.

According to Ball, there were no further consequences for Siegel+Gale, which had been in business for 17 years at the time. The company has since expanded to include offices around the world and has worked in a similar capacity with heavyweights like CVSHealth, Nielsen, Western Digital, NBA, Blue Origin, Hewlett Packard, McLaren, Bloomberg and Wells Fargo.

Siegel + Gale did not respond to questions or submit comment on its role in developing the FNB logo, but its current website describes the company as “a branding, design and experience company” with “unlimited imagination and dedication to facts”.

The original artist, Jo Onderstall, died in Nelspruit in 2016. But Elise Buitendag, a close friend, botanist and Afrikaans translator of the Acacia Book, told Business Insider she remembers discussing the matter with Onderstall, who was surprised when the FNB logo appeared in the press with her design at its center – and with a clear map of Africa in her temples, which she had deliberately not inserted.

Get the best of Business Insider delivered to your inbox every morning.

Buitendag says she was unaware that FNB was paying Onderstall significant, if any, compensation for the artwork. Nor did she remember being publicly recognized as the source of one of South Africa’s most iconic logos. But she thinks Onderstall was unlikely to have fought for unreasonable compensation despite her relatively modest circumstances.

“As a keen botanist, she probably felt great satisfaction in the publicity generated for the acacia,” says Buitendag. “Whoever said botany was boring was wrong!”

What connects Colin Farrell to Sex and the City and a pint of plains? | Culture